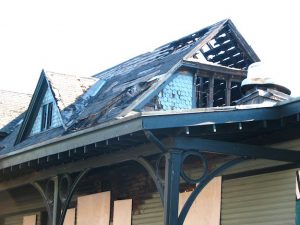 A kitchen fire burned the roof of a popular gay club in Colorado Springs. That didn’t stop the men of Colorado Springs from enjoying themselves on Friday night. We interviewed Stephen “Long” Johnson and he went on to say that all the local club goers started going over to Club Buddies while the kitchen got rebuilt over at the Rump Roast night club. When we asked club owner and Colorado Springs gay socialite Benjamin Rectumiston what his biggest concern was with the fire. He had this to say:

“Well, when the fire alarm started going off the first thing I thought about were our brothers we lost in the Orlando Nightclub shooting. At first I didn’t know it was a kitchen fire, but was pleased to find out it was in the aftermath. Everyone got out safe, nobody died, and insurance will pay for it all. So I am thankful for that”.

The fire had started from greasy hood vents that caught fire when a flaming dish of bananas foster was being caramelized for a dining quest. The bananas foster is a popular dish amongst club goers. It’s a long banana, caramelized, topped with a fruity compote, and a money shot of whipped cream. When we asked Benjamin if they would continue serving the dish. He went on to say:

“Of course we will, our guests really like the Banana Flambé in their mouths and I wouldn’t change the menu just because of an accident. The fire started because the hood vents weren’t being cleaned properly by the dish washers, it wasn’t the cooks fault.”

So the menu will remain intact and guests will continue to enjoy the chefs menu. When we asked “how long” 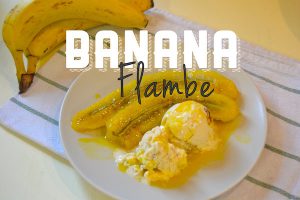 until the club reopens Benjamin insisted that the delay was not on him, but on the contractors that were remodeling the kitchen. He proceeded to reply:

“Well, the Colorado Springs Roofing Company repaired the roof the first week and the insurance company covered all of it. The Kitchen Guys in Denver that are installing the new hood vents and the rest of the kitchen equipment have been set back from a lack of inventory. We are waiting on them for the new flat top grill and some shelving units.”

It looks like the Rump Roast will be back and open in no-time. Downtown Colorado Springs will be back in action by the end of the month. We are happy to report that since our interview with Benjamin the Kitchen guys have completed the remodel and the new hood vents, stoves, and grill were successfully installed.